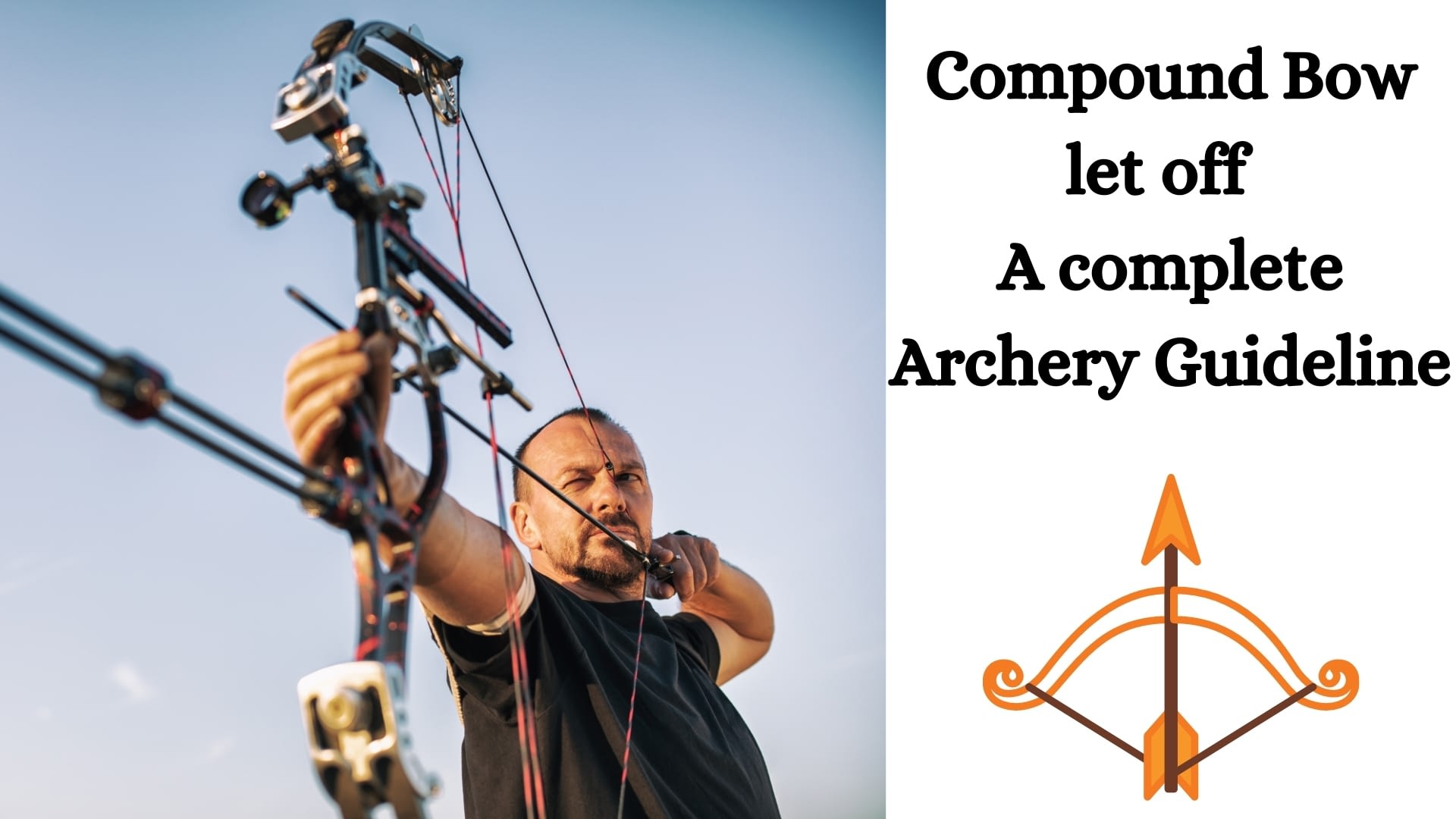 So you’re in an archery shop and you overhear an archer boasting about his compound bow is 80% let-off. And you’re probably asking yourself what the hell does that mean!! At full draw, a compound bow uses cables and cams to store energy and minimize holding weight.

The reduction in keeping weight at full draw is referred to as “let-off,” and it is expressed as a percentage of the total draw weight. A 40-pound bow with a 75% let-off, for example, will weigh ten pounds at full draw.

What Is Compound Bow Let Off

Compound bows are nothing more than a jumble of wheels and pulleys without let-off. But, wow, with let-off! Let-off is particularly useful for competition or hunting because it helps shooters to adjust their sights.

But to begin answering this query, you must first comprehend how compound bows vary from recurves and longbows in terms of functionality. Those other bows only have one string and derive all of their power from it.

As a result, the string becomes more difficult to pull the farther you pull it out. Compound bows, including recurve and longbows, have limbs, but they’re much shorter. They often use cams, which are cables and wheels that store energy before being used to launch an arrow.

A compound bow can greatly reduce its draw weight about half to two-thirds of the way through the draw period by using cams and cables helping in the drawing process. The bow’s let-off is calculated by the amount of weight reduction which means a bow with a peak draw weight of 70 pounds having a full draw and holding a weight of 14 pounds is a bow of 80% let-off.  14 pounds is 20% of the peak draw weight. That means 80% of the bow’s peak draw weight has been let-off.

Let-offs of 75, 80, or 85% is typical in compound bows used for hunting. PSE released its Evolution Cam in 2017, boasting a 90% let-off. The advantages of a high let-off are obvious in the hunting world.

Hunters are more likely to use an 80 percent let-off bow because they will only be taking a few shots, may have to shoot from an awkward position, have larger targets to hit, and may have to wait for a moving target to clear brush or turn for a clean shot. The additional let-off gives you more time at complete draw. The ability to push arrows through game animals is favoured by heavier draw weights.

The Americans believe that if let-off is what distinguishes a compound bow, they can get some more of that and the more the merrier. Regrettably, this isn’t always a positive thing. At full draw, you can craft a bow with almost 100% let-off and feel almost no pressure from the `wqadraw. But it is important How To Aim Better In Archery before let off.

This is not, however, a good thing for target archers. We want enough holding weight for our arrows to fire cleanly. Even with release aids, a low holding weight (also known as a high let-off) ensures that changing the launch location of the arrow’s rear end requires just a small amount of energy. As a result, it’s much easier to fire arrows incorrectly. Recurve archers who do not have enough draw force “in hand” to get cleanly off the string face the same issue.

What is a good let-off for bow?

At full draw, you’ll only be able to carry 17.5 pounds, down from 70 pounds at full draw. This is enormous. A typical compound bow will have a 60% to 90% let off. However, this is just a guideline, and it varies depending on the model.

How does let-off affect arrow speed?

As compared to a lower let-off cam system, a high (over 75%) let-off cam system has a slight reduction in arrow velocity. A bow with a 65% let-off will fire faster than a bow with an 80% let-off if all other factors are equal. The difference in speed is normally just a few frames per second.

What is Zero let-off?

The term “zero let-off” refers to the lack of a specific draw length. The Genesis System reduces precise draw length criteria by eliminating let-off on light draw weight bows (where let-off is unnecessary).

The benefit of a let-off is that it allows you to spend more time at full draw. Since the archer is less stressed at full draw, they have more time to position their bows properly and target carefully. When the peak bow weight occurs at full draw, as it does with recurves and longbows, the time spent at full draw must be restricted, and less care must be taken.