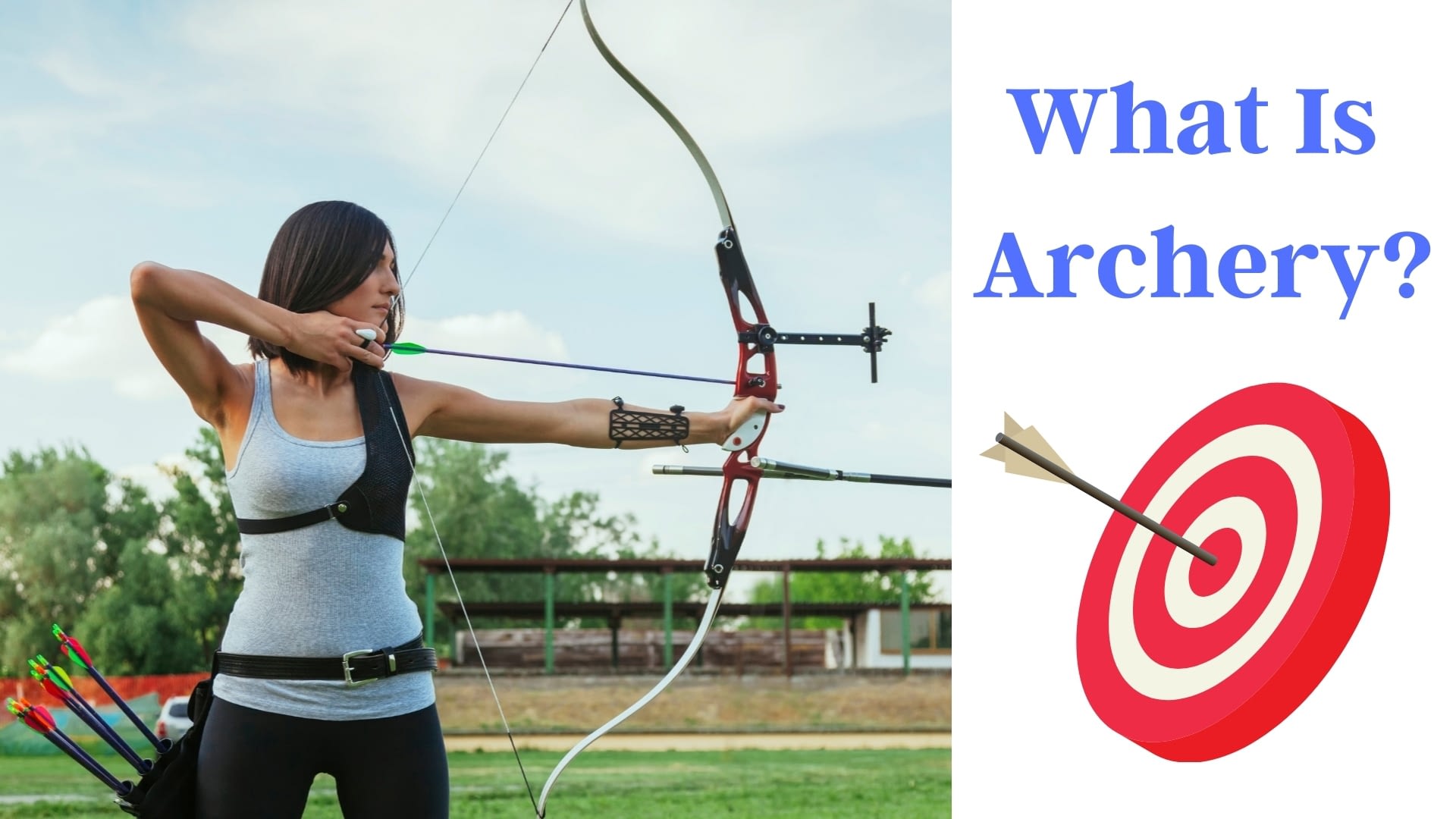 What is Archery? The Ultimate Guide For Beginners

Traditionally archery was used for hunting and warfare. However, with the passage of time, there has been a growing change in archery, especially, as a sport. Archery is an activity where an arrow is shot from a bow.

It was developed independently in various cultures and time levels. Finally, it replaced the spear throwers as a projectile unit. We don’t use middle shooter bows because it is as like a sports bow nor carbon arrows.

Carbon arrows are more modern in inventions. Rather we use replicas of the bow from different ages and cultures as well as use wooden arrows. This is a more appropriate way of usage just like our ancestors did.  The bows and arrows are totally different among cultures. Furthermore, the way of shooting and the method of using them are also far more different.

The word “Archery” comes from the Latin word “Arcus” which means “bow” or “Arch”. The oldest sign of using archery is in Europe at around 10,000 BC. On the other hand, Asia and the Middle East evidence holds an opinion that it is originated even earlier. There is confusion that archery is a sport or not?

A person who performs the activity of archery is called an archer. But who is an expert or very much interested in archery is called a “Toxophilite” which means lover of the bow.  If you really want to be an archer, you need the skill of focus, determination, perseverance, control power and patience.

No matter what age you are at, how much ability you possess, you need to practise a lot to get a grab on it. It is a worldwide famous pastime indeed. It has been a popular sport on the Olympic Programme and is playing a vital role in public eye. If you want to know more about archery we have a special article on How To Learn Archery.

Here are four types of archery that you are going to encounter:-

Target archery is the traditional thought of archery. It entails large round goals with colored rings and is probably where you are going to begin your trip as a beginner. The goals are set in particular areas on level land. Moreover, you may practice this both inside and outside.

Field Archery is a more challenging type of archery. It takes place outdoors often in mountainous regions or on rough terrain. Archers may be shooting uphill or downhill with the goals varying in size and space. For that reason, it needs more consideration and concentration than target archery.

Flight shooting concentrates on the space instead of the precision of the shot. Competitors are grouped in accordance with the pulling burden of the bows with various kinds of bows like standard bows and crossbows utilized. The purpose of flight shooting would be to take the arrow so far as you can, which makes it an especially competitive kind of archery.

It was used as training in the Military in the middle ages. A small flag on a vertical stick which is stuck in the ground is the clout to be targeted. It is placed up to a maximum of 180 yards away. The score is determined by closeness of each arrow lands to the flag.

If you are an experienced archer, we can already hear you arguing with us that there are many types of bow for example longbows, crossbows, composite bows, Japanese yumi bows, etc. But we are speaking in generalities here.

Now if we are talking about archery, we cannot forget to talk about the bows. They are interrelated. So, let’s talk about the various kinds of bows!!

Recurve bows are a bit simpler than the next type of bow that would be Sleek, stylish design plus they’re mainly used for target shooting, although a few knowledgeable hunters use them for bow hunting.

They look fairly straightforward as you may see, it’s only a deal and an upper limb and a decrease limb that relate into the bow string. There is actually a lot of physics involved, along with a well-crafted recurve bow which can shoot with marvellous accuracy.

The Compound bows are a favourite among bowhunters, since they can shoot with incredible speed and force. Sound complex? It is! Do not really need to learn about the science of chemical bows right today.

These bows are fairly straightforward to use, however the physics behind them are fairly complicated. You can see at the top and at the bottom that there are rounded wheels which hold the draw string. These are called “cams”.

They are part of a levering system that contains cables and pulleys that enables the bow to multiply or compound the power used to push the arrow forwards.

If you go to an archery range, you will see the archers use both kinds of bow. The recurve bows and the compound bows are the sorts of bows that you find in the Olympics.

But remember archery is an addiction!! So be aware of it!!!!!